Tom will be followed by his team at the Land Rover Defender 110 as they haul a custom build broadcast studio, ready to stream speeches and workshops for corporations, associations, government, and civic groups around the world.

We will conduct over 100 philanthropic events along the way to raise funds for UNICEF to help keep children safe and support the Wave Trust charity and the World Health Organization Task Force in connecting communities that are committed to preventing adverse childhood experiences and building trauma-informed societies.

The expedition is supported by a team of professors from the University of Westminster who conduct 3-year research into Tom's physical, mental and emotional endurance, and practice of mindful running and active meditation, entering the Flow and unlocking focus, creativity and joy in the workplace and everyday life. 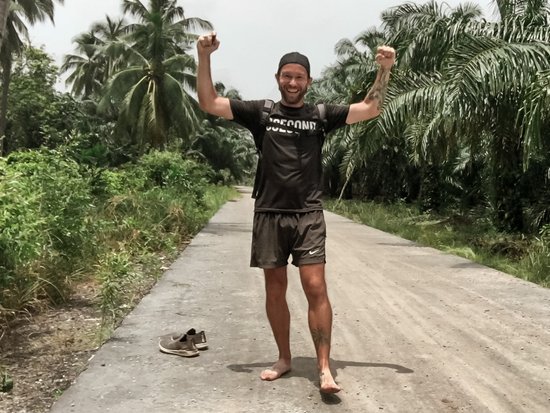 Sign up for our tips with neuroscience-backed tools to practice mindful running, get into the flow and unlock focus, creativity and joy!